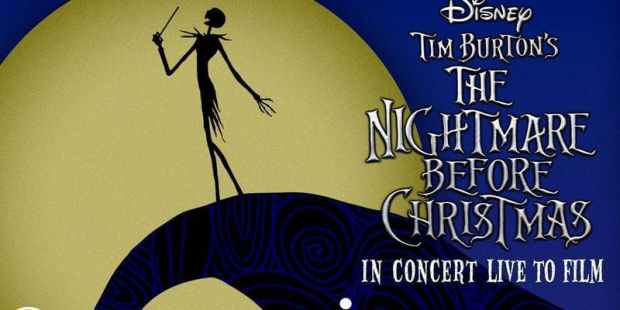 Based on a story and characters created by Tim Burton, 1993’s animated The Nightmare Before Christmas (rated PG) was directed by Henry Selick (James and the Giant Peach). This magical film follows the earnest but misguided adventures of Jack Skellington, Halloween Town’s beloved Pumpkin King, as he attempts to take control of the Christmas holiday. Against the advice of Sally, a lonely rag doll who has feelings for him, Jack enlists three mischievous trick-or-treaters – Lock, Shock and Barrel – to help in his plot to kidnap Santa Claus.

The film’s score and songs are by four-time Oscar nominee Danny Elfman, one of the big screen’s most versatile composers, known for his work with top-tier directors like David O. Russell, Sam Raimi, Guillermo del Toro, Peter Jackson and others. This delightful performance of Elfman’s music will be conducted by young, multifaceted conductor Thiago Tiberio, whose classical, operatic and film music career includes work with orchestras in Germany, the United Kingdom, Spain, Turkey, South Korea and other countries.

Audience members are encouraged to wear Tim Burton-inspired costumes for this event, which will also feature an audience participation costume contest and plenty of unique photo opportunities.

Get your tickets HERE.